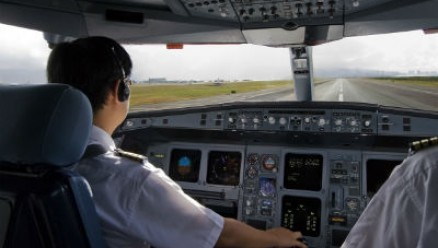 Boeing (NYSE: BA) projects the commercial aviation industry will need more than one million new pilots and technicians to support the expanding demand for new airplane deliveries over the next two decades. Projected pilot demand is increasing worldwide, as is demand for technicians in some regions.Today, at an event marking the launch of 787 flight training at the Boeing Flight Services campus in Miami, the company released the 2013 Pilot and Technician Outlook — a respected industry forecast of aviation personnel.The Boeing outlook indicates that by 2032 the world will require:

“The urgent demand for competent aviation personnel is a global issue that is here now and is very real,” said Sherry Carbary, vice president of Boeing Flight Services. “The key to closing the pilot and technician gap in our industry is enhancing our training with the latest, cutting-edge technologies to attract and retain young people interested in careers in aviation.”

The 2013 outlook projects significant increases in pilot demand — compared to previous forecasts — in all regions except Europe, which declined slightly over last year’s outlook. Overall, the demand is driven by steadily increasing airplane deliveries, particularly single-aisle airplanes, and represents a global requirement for about 25,000 new pilots annually.

Projected demand for new pilots and technicians by global region:

“This is a global issue that can only be addressed by industry-wide innovation and solutions,” said Carbary. “We need to attract more young people to careers in aviation by continually looking at innovative ways to train pilots and technicians, moving away from paper and chalkboard-based learning to incorporate tablets, eBooks, gaming technology and three-dimensional models. Aviation is a great field to be in—we have a responsibility to make sure it’s a viable career option for the world’s youth.”

If you need additional information please complete the form below and an instructor will get back to you, as soon as possible!